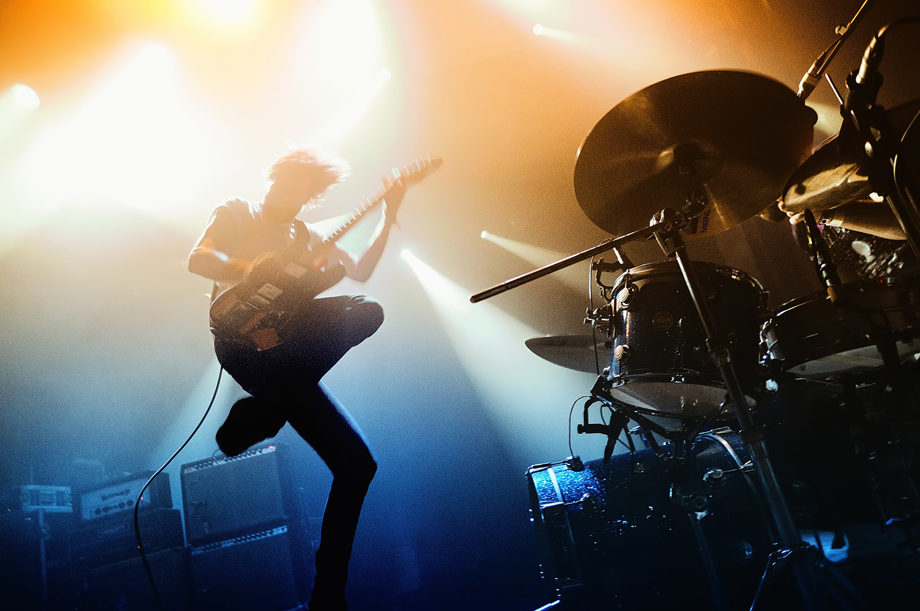 Fans of live music are warned that they risk causing permanent damage to their hearing if they fail to wear suitable ear protection while at gigs.

Rock concerts can expose fans to noise levels significantly above the safe exposure limits. The UK Health and Safety Executive (HSE) mandates that employers must provide hearing protection for employees who are exposed to sound pressure in excess of 85dB, but most gig goers fail to take adequate precautions despite many concerts massively exceeding this level.

In days gone by the Guinness Book of Records held a category for ‘The Loudest Band in the World’ (which has since been discontinued as it understandably encourages exposing concertgoers to hearing damage). In 1972, Deep Purple were listed as the loudest band after being recorded at 117dB during a gig in London. Four years later, The Who recorded 126dB at a London gig, while Motorhead’s reputation as the ‘World’s Loudest Band’ was cemented when they reached a decibel level of 130dB in 1986. In 2009, iconic American glam rock band Kiss were reported to have been recorded at 136dB in Canada.

These days such headline grabbing stunts are thankfully rare, however the typical rock concert still booms out at well over 100dB – a level at which the safe exposure limit is just 15 minutes. At 110dB, the maximum safe exposure time is around the same length as a single song!

It is important because pretty much every gig goer (or clubber) has got home after a night out to find their ears ringing. While this effect (called tinnitus) can be temporary, it occurs because the ear has been damaged. Sometimes they won’t be so fortunate and the hearing damage will be permanent and, when exposed on a regular basis, the hearing damage will almost certainly be lasting.

The BBC recently ran a story on its website suggesting that one in 10 people in the UK suffer from tinnitus, which can be caused by exposure to a number of loud activities, such as clubbing, live music, motorsports, riding a motorcycle and shooting.

The article featured a 26-year-old musician who has suffered from tinnitus for eight years, which occurred after attending a gig. Nathaniel Ernest, from Cardiff, struggled to sleep due to the high pitched ringing in his ears and finds it hard to hold a conversation in a pub.

Nathaniel is now an advocate of wearing earplugs and although it’s too late to prevent himself getting tinnitus, he can stop his hearing deteriorating further by ensuring that he now wears hearing protection.

By law, live music venues are required to provide hearing protection for staff and customers. These usually come in the form of cheap foam ear plugs but, for whatever reasons, the adoption rates of these tends to be low.

Whether it is because they don’t look cool, or because they block out too much of the music and muffle the songs, foam ear plugs are generally being snubbed by young concertgoers. That’s a real shame, as there’s no cure for hearing loss and there is an alternative. Filtered hearing protectors, like Auritech Music ear plugs bring the best of both worlds. The tapered, silicone-free, construction gives a universal fit which comfortably fits most ears, while the patented venturi shaped ceramic filter is specially tuned to allow the music to be heard clearly. The higher damaging frequencies are reduced, but the music remains crystal clear, enhancing enjoyment. The filter has been designed to provide optimum attenuation, so it doesn’t block your ears or muffle the sound.

And while most foam ear plugs come in garish orange or yellow colours designed to be seen easily in an industrial environment, the Auritech Music plugs are a fashionable purple and come in an aluminium carry case which doubles as a key fob.

For further information on Auritech Music earplugs, and to hear the difference for yourself, visit: https://www.auritech.co.uk/universal-fit-earplugs/music.html