Making some noise for the 2018 Isle of Man Classic TT 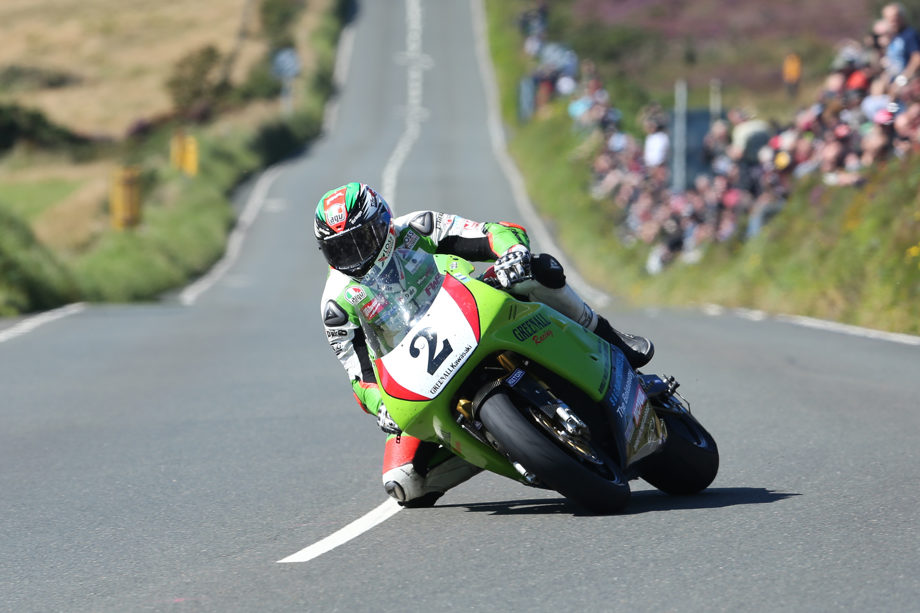 If there’s one motorcycling pilgrimage that’s on more riders’ bucket list than any other, it’s a trip to the Isle of Man for the legendary road races.

And while June’s TT week is world famous, there’s another opportunity to see bikes going full pelt around the 37.73-mile Mountain course and, whisper it, it may even be better than the main event!

The Manx TT is historically the amateur version of the Isle of Man Road Races, held in August each year, but a few years back the Isle of Man Government, keen to build the TT brand and get more visitors to the island, created a new event – the Classic TT – which runs in the middle of the Manx races.

As the name suggests, the Classic TT features older bikes doing battle around the course – but unlike most classic racing events, this festival doesn’t feature gentleman racers, enthusiastic amateurs and stars of yesteryear. Here the top racers are the same guys that you find racing at the sharp end of the main event. Head over to the Classic TT this year and you’ll find the likes of John McGuinness, Michael Dunlop, Dean Harrison and James Hillier riding bikes of yesteryear with all of the enthusiasm they display in the first week of June. Look out too for Auritech wearer Maria Costello in the Senior Classic TT. She’ll once again be racing the Paton that took her to third in 2016 and fourth last year.

There are four different races, held over two days (Saturday 25th and Monday 27th August) across four classes. Saturday sees the Senior Classic TT race (for pre-1973 500cc Grand Prix machines) and the Lightweight Classic TT (which is dominated by the 250cc two-stroke Grand Prix machines, but which is also open to older 350cc GP bikes and pre-1986 four-stroke Formula Two bikes). Monday has the fastest bikes in the form of the Superbike Classic TT race, which pitches the likes of early 1990s Kawasaki ZXR750s and Honda RC30s against big Suzuki Formula One bikes and two-stroke Formula 750 and Grand Prix 500cc machines). The Junior Classic TT is also on the calendar and features pre-1973 350cc Grand Prix bikes.

What makes the Classic TT so appealing is the laid back vibe and the stunning smells and sounds of the vintage machines. There is nowhere else you can hear open piped classics on full chat, perfumed with Castrol R and burnt two-stroke oil and, although the speeds are not quite matching the 135mph laps clocked up by Hickman and Harrison on their modern tackle, no one is hanging around.

Off track, the atmosphere is less intense with plenty of parties, displays and opportunities to mingle with the stars. And while it can be a nightmare to find transport and accommodation for the main TT, the Classic usually proves to be that little bit easier and less expensive to sort out. Each year there is normally at least one theme or tribute going on at the Classic TT, and this year there is a huge celebration of the legendary Honda VFR750R RC30. There will be a huge display of racing RC30s in a pop up museum, while that classic V4 sound will come to life on Monday’s lap of honour. Other celebrations include marking the 40th anniversary of Mike Hailwood’s historic comeback victory in the 1978 Formula One TT, with McGuinness parading his actual Ducati, and a pop-up museum curated by the Triumph Trident and BSA Rocket 3 Owners Club (TR3OC).

If you do go to the Isle of Man Classic TT, you’ll also get a chance to ride the iconic course for yourself, with the Mountain section (which has no speed limits) set to one way traffic for even more enjoyment. Don’t forget the earplugs though! The wind noise generated up on the Mountain can be damaging to your hearing, so investing in a pair of good quality filtered protectors, like the Auritech Biker plugs, will allow you to enjoy the music of your machine on full chat while filtering out the harmful wind noise.

And don’t forget to pack them for the Festival of Jurby, which takes place at Jurby airfield on the Sunday and features TT stars past and present demonstrating a wide range of classic and modern motorcycles. It’s one of our favourite events in the calendar and yet another reason to make a trip to the Isle of Man for the Classic TT.