The joy of discovering hearing protection 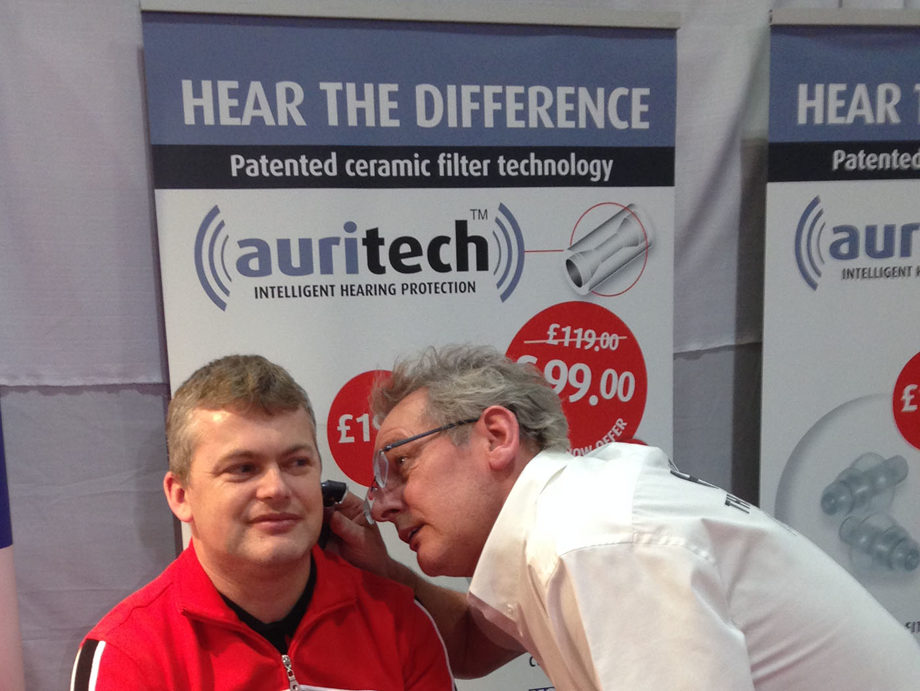 I’ve ridden motorcycles for 42 of my 47 years. In that time I’ve learned a lot. I probably ride more today than I ever have before and I am so happy that I discovered motorbikes. I’ve had some amazing life experiences and become a much better rider over the years, but there is one regret that I will forever have. It is with me every second of every day, and was so easily preventable. I really wish I had discovered ear plugs when I was a teenager.

It wasn’t bravado that stopped me wearing hearing protection when I was younger, it was ignorance – pure and simple. When I was 15 I started racing speedway. I can still vividly remember the cacophony as we would warm the bikes up before each meeting – 14 virtually unsilenced motorcycles being revved up, reverberating around the corrugated steel structure we loosely described as our pits.

I remember the pain in my ears and the ringing that would remain with me for the rest of the day. A few of the officials and some mechanics would walk around wearing large hearing protectors but I can’t for the life of me I can’t remember anyone having a word with me, or any signs warning of the danger. It wasn’t a case of being macho, I was just very, very ignorant…

Teenage years spent hopping between motorbike races and rock concerts was never going to be good for my hearing. I’d always have ringing in my ears (which I would later recognise as tinnitus) after a night out, but it would always subside and I’d think little of it.

In my 20s I quit racing but continued to work in the sport and started riding more on the road. I’d have ringing in my ears after a long ride but thought nothing of it, it’s just how it was, wasn’t it? I thought I just had a ‘noisy’ helmet and if it bothered me that much I could always get a ‘quiet’ one.

In truth, it was only in my mid 30s when I really started to wear earplugs more regularly. Again, no one was telling me about the long term health implications but I found that wearing disposable foam earplugs under my helmet was more comfortable than riding without.

It was only really around a decade ago when I really discovered the benefits of good hearing protection. I’d heard lots of good things about Auritech but remained a bit sceptical. Being somewhat careful with my cash, it seemed to be a lot of money to spend ‘only’ on earplugs but after spending a weekend working at the London Motorcycle Show, where my company neighboured Auritech’s stand, I wandered over at the end of the final day and got myself fitted out for a set of custom fit plugs.

The moulding process was quick and painless, and brought home why hearing protection was important. With my ears blocked out from the hustle and bustle of the show, I could hear nothing but the buzzing in my ears. I’d damaged my hearing from years of abuse, and although I couldn’t reverse it, I could limit any further damage.

My Auritech Custom Fit transformed my riding experience, cutting out the shrill wind noise but still giving me good awareness and fitting like a glove. Now I never ride without ear plugs, being one of the most important parts of my safety gear. I also wear them on the rare occasions I go to concerts too, and find that they actually enhance my experience.

Unfortunately I can’t escape the permanent buzzing in my ears. It haunts me at night and causes me problems understanding others in loud environments, such as in a pub. While I am not deaf, per se, my ears are hyper sensitive to loud sounds and I wouldn’t pass the medical to work in many safety critical environments, such as on the railway or in aviation.

Now I wish that I knew then what I knew now. Good earplugs are not only an investment into your hearing, but also the enjoyment of motorcycling and life more generally.

To find out more about Auritech custom fit earplugs, go to https://www.auritech.co.uk/custom-fit-earplugs.html